I have thought long and hard about how to go about writing this post. We put a great deal of time and thought in to the decision not to post our children’s photos on social media, so although there are a few places where you might find them tucked in the background of a wedding photo or at an event. We however have consciously chose to not set out to post photos of them, and when they accidently are posted I always have a great response from the poster when I ask them to take it down! In fact in the last 3 years I have only had to report one photo! … Pretty great!

Now please don’t read this as an opinion on your own choice to post or not to post! I love seeing everyone’s children grow thru the power and wonder of social media! This was simply a choice we made as parents for our family and in no way does that make me question anyone else’s parenting choices to share things social media! I share an awful lot to social media thru avenues like my blog here, my vlog, facebook, instagram, and twitter, so no judgy momness here, I promise!

Growing up we didn’t have such technology and fast moving social networking; blogging, facebook, twitter, or snapchat weren’t things we had to contend with. MSN Messenger was the social media of choice by the time I was in highschool (Not to date myself!). By the time the big social networks became part of everyday life I was old enough to decide what I wanted to share with the world, and educated enough to understand the consequences of such sharing. I could determine if a photo or video of me was appropriate for the viewing audience of the entire web. It would be my decision to contact those who posted pictures I didn’t want strewn about the online world and ask they be removed.

I know there are many good reasons to share and post so many photos of our babies, they are if nothing else the cutest things in the world and for most parents the subject of almost every photo snapped on our phones, cameras, and other devices. Sharing their every move allows us to stay connected with long lost friends, family and distant relates across the world that may not otherwise be able to see them. But I have other methods of communicating and sharing photos of my beautiful babies with these people. So this decision doesn’t leave anyone who wants to be in the loop out! I send emails, private messages, and text messages, oh and whoa… snail male printed photos!!

My children do not have the ability or forethought to know what is or will be an appropriate Internet photograph and what is not. Furthermore they shouldn’t be expected to make such decisions at this age! Although I’m in charge today there will come a day where they will be in charge and what I have done until that point will affect them after I am no longer making those decisions. Now I am not saying I would ever plan to cover the internet with anything other than all the cuteness they have to offer, but who am I to decide what they will feel is cute, or embarrassing, or relevant by their teen years and beyond? I certainly wouldn’t want to post a “cute” wardrobe choice today and have them teased later for the fashion faux pas they made oh so many years ago.

I don’t believe they would they understand at this point what the implications could be of having the online world having access to their pictures. There are a lot of creeps out there. I know that there have been many warnings posted in twin momma groups I am a part of on facebook talking about how their children’s photos have been stolen and used so that people without twins can access groups like these… YUCK and WTF and that is just a mild example of what is out there on the nameless faceless World Wide Web.

We aren’t famous! I do not contend with the paparazzi. I suppose if I were famous I would have to come up with another plan! Haha as much as I like to broadcast my own life and photos here on my blog I in no way believe I am famous nor would I want to be, I much prefer simply documenting my quiet and simple life farming and raising my family!

These are among the many reasons Steve and I have decided to keep our children’s photos off the Internet. We are happy with our choice and if later in life my children decide that they want to broadcast themselves too I’m sure they will show you that really cute thing they did that time when they were little! 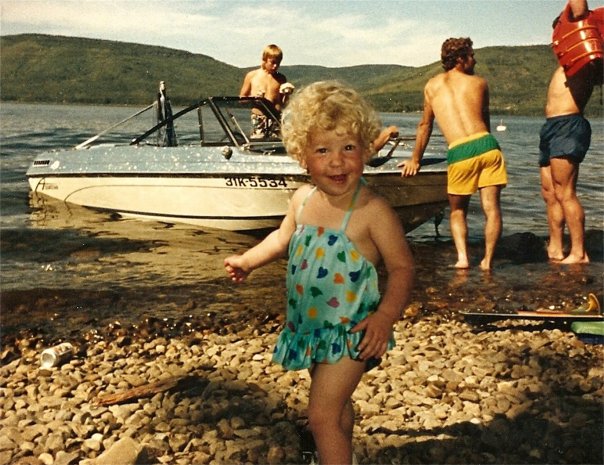